The 1978km2 Queen Elizabeth National Park is understandably Uganda’s most popular tourist destination. The Park’s diverse ecosystems, which include sprawling savanna, shady, humid forests, sparkling lakes and fertile wetlands, make it the ideal habitat for over 95 mammal species including classic big game, ten primate species including chimpanzees and over 600 species of birds.  It was founded in 1952 as Kazinga National Park and renamed 2 years later to commemorate a visit by Queen Elizabeth II.

Set against the backdrop of the jagged Rwenzori Mountains, the park’s magnificent vistas include dozens of enormous craters carved dramatically into rolling green hills, panoramic views of the Kazinga channel with its banks lined with hippos, buffalo and elephants, and endless Ishasha Plains, whose fig trees hide lions ready to pounce on herds of unsuspecting Uganda kob.

As well as its outstanding wildlife attractions, “Queen” has a fascinating cultural history. There are many opportunities for visitors to meet with the local communities and enjoy story telling, dance, music, and more.

With an astonishing 5000 hippos, 2500 elephants and over 10,000 buffalo thriving in its grasslands and shorelines, Queen  guarantees sightings of some of Africa’s most iconic species. Hearing the elephants’ calls reverberating around Queen’s crater-filled valleys is a magical experience. 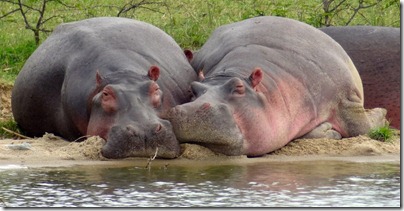 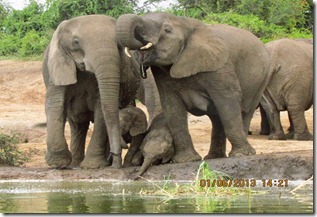 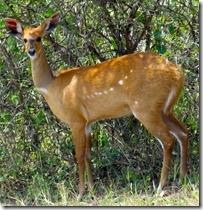 Other common herbivores include warthogs, waterbucks, Uganda Kob and topi, as wells as the sitatunga antelope. 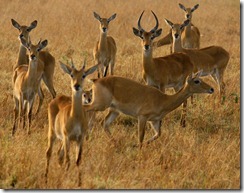 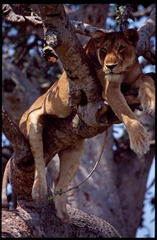 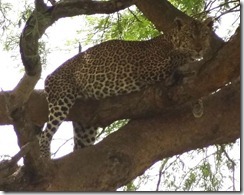 Lions are found throughout the park, but the most renowned live in the southern sector of Ishasha, where they rest on the limbs of fig trees. Solitary leopards are norcturnal and fiendishly well camouflaged! The smaller cats are also predominantly norcturnal and best spotted on night game drives.

Birding in Queen Elizabeth National Park is an incredible treat as it contained a variety of habitats that range from savanna to wetlands to lowland forests. This diversity is reflected in the list of over 600 bird species, the biggest of any protected area in East Africa, and phenomenal of such a small area. Queen Elizabeth National Park is classified as an Important Bird Area (IBA) by Birding International. A majority of birds found in this area are regarded as famous birds of East Africa and are a must see for birdwatchers in Africa!

The park’s confluence of savanna and forest, linking to the expansive forests of the DR Congo allow visitors to spot East as well as Central African species. 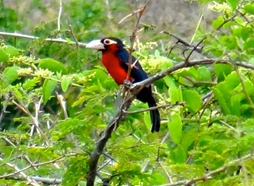 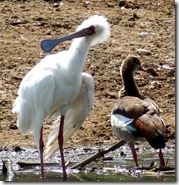 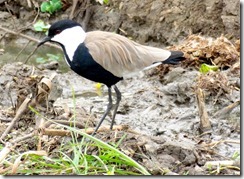 4. The Launch Trip along Kazinga Channel 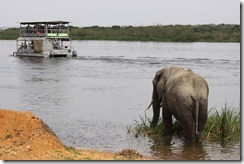 The Kazinga Channels is an oasis for many of the fascinating species that inhabit the park, and taking a boat tour along it gives visitors the chance to cruose just meters from hundreds of enormous hippos and buffalos while elephants linger on the shoreline.

An average of 60 bird species can be spotted during the trip. Carrying upto 40 passengers, the boats guuarantee a seat with a view, while expert ranger guides narrate the creatures’ stories 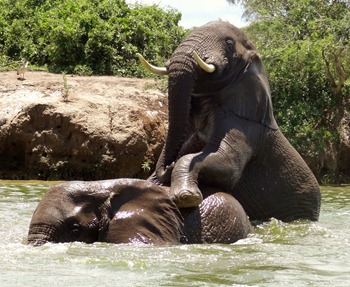 Ten primates species enjoy the park’s diverse habitats, the most popular of which is undoubtedly the chimpanzee. Vervet and black-and-white colobus monkeys are easily spotted in the trees, but the bolds of all are the baboons – be sure to keep car windows closed to avoid food thefts! 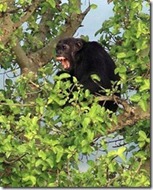 also known as Kyambura Gorge, is one of the most popular tourist draw of  Queen Elizabeth National Park (QENP) in Uganda. It is home to a variety of wildlife, including the only primates in the Queen Elizabeth National Park. The area is an important water source for many animals and is surrounded by savanna, but is generally noted for its high concentration of primate life located in the gorge.

Here is where you can see habituated chimpanzees and other types of primates including red-tailed monkey, black-and-white colobus, baboons and vervet monkeys. The park is also known for its variety of avian species including various falcons, the blue-headed bee-eater and the African Finfoot.
The Gorge forms the border between Queen Elizabeth National Park and the Kyambura Wildlife Reserve, a little visited tract of savannah notable less for its wildlife viewing than the waterbirds – in particular flamingo attracted to its lovely crater lakes.

Trekking the chimps in Kyambura Gorge is more physically challenging and therefore is suitable only for reasonably fit people. But it is a real rainforest experience, and the place is fantastic. In my opinion it is one of the best place for chimpanzee trekking in Uganda.

Buzzing with primates, including chimpazees, baboons and several monkey species, the forest is also alive with numerous birds including the rare forest flycatcher, white-naped pigeon and striking Rwenzori Turaco. One must visit the ‘comorant house’, a large tree that has been turned white by the birds that roost here at night. The shady forest also conceals crater lakes and the “Bat Cave” with a specially constructed viewing room.

The 72 huge round basins scattered across the equator are evidence of the Albertine Rift’s bubbling volcanic past, and are a must-see with a particular interest in the region’s fascinating geological history. The 27km drive between Kabatoro Gate and the Queen’s Pavilion takes in views of the enormous craters, circular lakes, the Rift Valley escarpment and the Kazinga Channel, all in front of the mighty backdrop of the Rwenzori mountains. 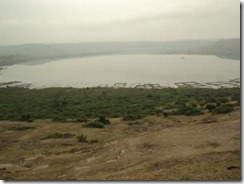 One other famous lookout points is the Katwe Salt Lake where traditional salt mining had been practiced since the 16th century. The neighboring Lake Munyanyange is a bird sanctuary, as well as a migratory location for the lesser flamingo from August to November.

Tucked beneath the shady canopy of the Maramagambo Forest is the “Bat Cave”. The cave has a viewing room from where visitors cn observe the bats as well as pythons that live alongside them… did you know that these serpents live amongst their prey?!

For a more cultural cave experience, how about a trip to the historic cave at Nyanz’ibiri community, where a local guide will explain to you how it was once used for offering sacrifices and cleansing misfortunes … and as a hiding place during Uganda’s rule by Idi Amin.

Call a specialist on +256 772 979425 or email info@gorillasandwildlifesafaris.com