There is a new bird sighting in Murchison Falls National Park. Goods News reaching us here from a bird guide George Kafu at Murchison Falls is the presence of Pel’s Fishing Owl and African Finfoot at Chobe River near Chobe Lodge. 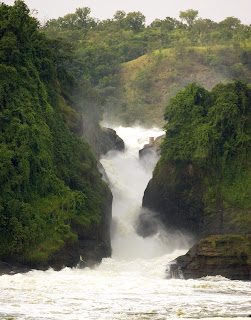 He has just seen the Owl a few minutes ago on a walk around the Lodge area. The records for this bird at Murchison Falls have been reducing and making if very rare.

Birding in Murchison Falls National Park has the main birding attraction being the Shoebill, best sighted in the dry season from January-March.

The list of bird species sighted when birding in Murchison

The Park boasts of a rich avifauna, with a Checklist of up to 460 bird species and 76 mammal species due to its large size and the full range of habitats. Murchison supports 20 species from three non-qualifying biomes: 11 species of Guinea-Congo Forests, six species of the Afro-tropical Highlands and 3 of the Somali–Masai biome. River Nile

The most sighted bird species of Murchison Falls National Park include: