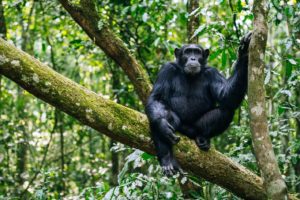 Communities neighbouring Kibale National Park in Kabarole district have failed to access the revenue given to them by Uganda Wildlife Authority (UWA).
According to the wildlife statute 1996, UWA is expected to pay 20% of the park entry fees collected from wildlife protected areas to the local government of the area surrounding the wildlife protected areas.
The revenue is used to set up income generating projects for the communities, to deter them from exploiting the wildlife resources. The local communities help in fighting poaching, fire outbreaks and other illegal activities in the park which used to be the culprits.
In August, UWA gave Kabarole district local government 400 million shillings from the gate collections of Kibale National Park. The funds were meant for Busoro Sub County for the parishes of Kaswa and Busoro, which neighbours the park. However, since then the residents in the two parishes have never accessed the funds. The money was supposed to be used to construct three bore holes, buy iron sheets for Busoro Primary School and construct a roadside market.
Roger Magezi, a resident of Busoro parish says the locals have on several occasions written to the district to release the money in vain. Magezi says if the boreholes had been constructed, it would solve the problem of water accessibility. He says the nearest water source in the area is 3 kilometres.
David Kusemererwa, the LCIII chairperson Busoro, claims the district diverted the funds adding that whenever he demands for the money he is ignored. Kusemererwa states that he has written to UWA to intervene in the matter.
But in our exclusive phone interview, Henry Tuhaise, the deputy CAO in-charge Burahya County, denies allegations that the money was diverted. Tuhaise says the communities aren’t accessing the funds because they have refused to provide their work plans and budget to the district.
He says in the past, the communities haven’t put the revenue share to proper use. Tuhaise cites last year when the local authorities in the sub-County diverted the money meant for the construction of Wild animal prevention barriers, and instead renovated a health centre and three schools, which the district were also planning to rehabilitate.
Martin Asiku, the warden Kibale Conservation Area, blames the district authorities for failing to remit the funds to the sub county authorities. He however says the communities should be transparent and put the funds to proper use.

The park is home to a total of 70 mammal species, most famously 13 species of primate including the chimpanzee.

The Kibale-Fort Portal area is one of Uganda’s most rewarding destinations to explore. The park lies close to the tranquil Ndali-Kasenda crater area and within half a day’s drive of the Queen Elizabeth, Rwenzori Mountains and Semuliki National Parks, as well as the Toro-Semliki Wildlife Reserve.