Plots and counter plots have been taking place following the demise of Mika, who was the king of the 48 chimps living on Ngamba Island on Lake Victoria. Mika died early October out of unknown causes that are still being investigated. 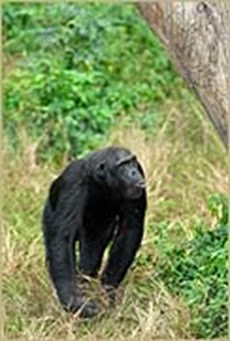 Who will be the next king of Ngamba? Will the king step on the pedestal of power at Ngamba in a bloodless take over?
Innocent Ampeire, a caregiver at Ngamba, said influential individuals in the group have been holding ‘political meetings’ to choose the next leader. “The ranking males like Tumbo, Umutama, Eddie and Robbie do not seem interested in the position, but often meet and seem to discuss whom to back,” says Ampeire. 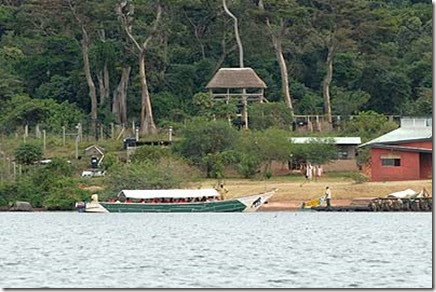 He also pointed out that Kalema, Indi, Kisembo and Maisko are contesting for the position of alpha male who is entitled to have sex with the females and also eat first. In return the king is supposed to be a unifier who settles disputes and protects the weak from aggression.

The Island is a chimpanzee sanctuary managed by the Jane Goodall Institute. Ngamba Island consists of approximately 100 acres, 98 of which are forested and separated from the visitors area by an electric fence. Ngamba Island was officially opened to visitors in October 1999 and is currently home to 48 orphaned chimpanzees.
It is interesting to watch the chimps interact with each other and with their keepers. In the relatively short amount of time you are there you will be able to see such different personalities amongst the group, with some whistling for food and others clapping. Obviously the ideal option would be to re-introduce these orphaned chimpanzees to the wild however this is not possible for a number of different reasons and the sanctuary is not bad for second best.