The case is in Magistrate’s Court Mengo and 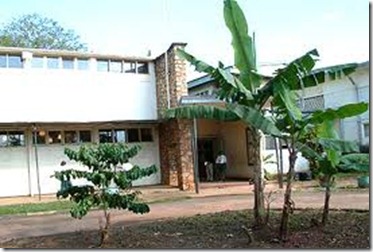 it is registered as No. 185 of 2012 and it is different from Ellady Muyambi HRCI which filed its case earlier seeking a permanent injunction against the controversial project.

PROBICOU argues that government’s refusal to release information is contrary to article 41 and 50 of the constitution besides breaching sections 2,5,6,37,41 &42 of the access to information Act among other laws. The NGO also accuses the minister of trade Amelia Kyambadde for failing to compel technocrats at her ministry to release information regarding the proposed construction of the East African Trade Center, its architectural plans and certified copies of the plot’s land title.

They are also demanding access to the project’s Environmental Impact Assessment report, cultural heritage impact assessment report, geological surveyors report, and bid documents showing the number of companies that bided for the project as required by the PPDA. The petition shows that the NGO has been asking for this information since March 2012 to no avail.

Through its lawyers of Pearl Advocates and Solicitors, the NGO claims it’s demanding to access that information in good faith and public interest. The NGO’s Executive Director Paul Twebaze is among those swearing affidavits supporting the petition.

The Uganda museum is a major tourist attraction in Kampala, typically included on every Kampala City tour itinerary for visitors. The museum was founded in 1908 after George Wilson called for “all articles of interest” on Uganda to be procured. Also among the collections in the Uganda Museum are playable musical instruments, hunting equipment, weaponry, archaeology and entomology.

The Uganda museum is currently under the threat of demolition as the Uganda Government is planning to build in its place an “East African Trade Centre”. Four civil society organizations vis – the Historic Resources Conservation Initiatives (HRCI), Cross Cultural Foundation of Uganda (CCFU), Historical Buildings Conservation Trust (HBCT) and Jenga Afrika have taken the government of the Republic of Uganda to court to stop the government’s plans.

In April 2011 when the campaign had gathered momentum, Francesco Bandarin, the Assistant Director-General for Culture at UNESCO, wrote to Kahinda Otafiire, the then minister of Tourism, Trade and Industry at the time, urging the government to abandon the move and find alternative land elsewhere.

“As you are aware, the Uganda National Museum is the largest and oldest museum in the country. Its exhibitions on traditional culture, archeology, history, science and natural history are among the most important in East Africa… In light of the above considerations, we would appreciate it if  you could inform us of the official position of your government regarding the fate of the Uganda National Museum,” Bandarin wrote on April 15, 2011. 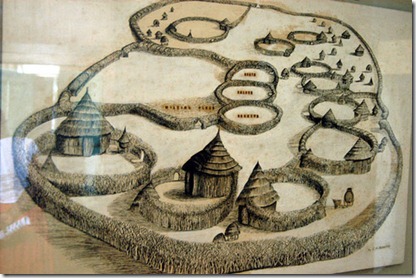 Similarly, last year, Merrick Posnansky, who was curator of the museum between 1958 and 1962, wrote in The Independent, a Ugandan weekly news magazine, that it would not be ideal to transfer the contents of the museum safely.
“I have seen museums restricted to floors of a multi-storey building. They do not work. A museum needs different rooms for different exhibitions, two floors would restrict some movement,” Posnansky wrote.

The museum was founded in 1908 and has exhibits and artifacts of traditional culture, archeology, history and science. It has various interesting sections riddled with artifacts that bring to life the different historical aspects of our society. For instance, in the Stone Age section, one is able to observe physical tools used by Stone Age people. These tools include stones, bones and wood used for cutting, scrapping and chipping, and how they evolved into the modern tools that Ugandans use today, or used in the recent past.

One is also able to see how we evolved from our ancestors, from the pre-historic period through the history of apes and how they evolved into humans. The story is told by the displayed pictures, as well as real tools and bones or skulls that make the history we learn in school seem more real.

Uganda’s multicultural and colourful past comes alive as one tours the History and Iron Age displays depicting the traditional ways of life in different kingdoms, tribes and communities of Uganda. Here one finds striking displays of traditional clothing (mostly bark cloth and animal skin), headdress, hairdressing, as well as hunting, the history of transportation, fishing, agriculture, war, religion, and how our ancestors spent their free time (traditional recreation).

Also of interest is the display that describes how justice was dispensed in Uganda many years ago. With no penal code, police force or criminal investigations department as they exist today, how did people in earlier days know/prove who had committed which crime and what punishment fitted him/her? One would be able to learn that the Madi and Lugbara used divine pots to assess the innocence of the accused.

However, despite this rich cultural heritage value, government believes that the museum has become a liability, having failed to generate any meaningful revenue. A trade centre in the same place, government feels, would perform much better. Yet government must also take part of the blame, having continually underfunded the museum. For instance, for the 2011/2012 financial year, it was allocated a mere Shs 50 million, money that certainly is not enough to meet its needs.

Over the years, the management of the museum has tried to come up with innovative ways to circumvent the funding crisis. It has, for instance, leased part of its land to the Uganda Wildlife Authority, which has established offices and to private developers like Ibamba restaurant. However, sources told us that the museum has no direct control over the resources generated from these ventures.

Thousands of Ugandas and foreign visitors visit the site every month thus making it a major source of foreign exchange for the country. The museum currently employs slightly over 100 staff directly.

what is going to happen, will government give in? Watch this space for government’s response to the petition.