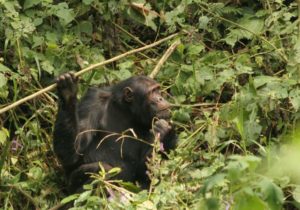 NYUNGWE NATIONAL PARK has made the cut of seven from the continent shortlisted for the 2013 World Travel Awards. The accolade follows last year’s British Guild of Travel Writers’ Global Award that the park received for its effort to harmonize tourism, wildlife and the agricultural community in one of Africa’s last surviving rainforests.

Speaking to us yesterday, Clare Akamazi, the acting Chief Executive Officer of Rwanda Development Board, expressed optimism that Nyungwe would win the prestigious International Award.“It’s not the first time Nyungwe is recognized for its rich biodiversity; last year the park work the British Guild of Travel Writers’ Globe Award. It’s because the park focuses on conserving the environment and at the same time promoting tourism,” she said.

Nyungwe National Park is the largest montane forest in Central Africa with 13 species of primate; these include chimpanzee and large groups of Rwenzori colobus. Tracking in Nyungwe Forest National Park is on steep slippery hillsides and viewing is unpredictable. Around 300 bird species, orchids and butterflies are other attractions. Nyungwe’s biodiversity is astonishing by African standards and is one of the most endemic species-rich areas in whole of Africa.

The World Travel Awards was established in 1993 to acknowledge, reward and celebrate excellence across sectors of the tourism industry.
The winners are voted by individual professionals and consumers worldwide. According to the World Travel Awards website, last year’s winners were voted by peoples from over 170 countries.
Each year, World Travel Awards cover the globe with a series of regional gala ceremonies staged to celebrate individual and collective success with each key geographical region.
All regional winners then compete in a final round of voting to decide who walks away with the ultimate accolade in the tourism and travel industry.

The continental ceremonies will take place in Nairobi October 16, while the grand finale is set for November 30, in Doha Qatar.

Last year Rwanda’s tourism industry generated $281m compared to $251M in the previous year, an increase of 17 per cent, according to the Rwanda Development Board.