Rwanda Tourism board is looking for new source for incoming tourists. Russia and China are increasingly becoming sources of both high-end leisure tourists and also mass tourists because of the increasing wealth among their populations and also their thirsty to explore new destinations like Africa.

Rwanda will this year market its tourist attractions to Russia and China in a new strategy that is expected to woo more leisure tourists to boost the East African country’s tourism revenue.

The move follows the passing of a new tourism marketing strategy last year, which aims at helping the country to target potential markets and consolidate marketing efforts in the existing markets with the view to increase high-end tourists. 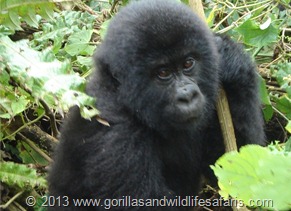 Rica Rwigamba, the Head of Tourism and Conservation Directorate at the Rwanda Development Board (RDB) which is charged with fast-tracking Rwanda’s economic development says that the country seeks to continue increasing the number of foreign leisure tourists who contribute at least 40% of the country’s revenue collected from the tourism sector.  Mountain gorillas in North West of Rwanda remain the major attraction to most western leisure tourists.

“This year we passed a new tourism marketing strategy and we have identified the need not only to diversify our products but also approaching new markets. Two main markets that we have identified are Russia and China because there are people who have the capacity to travel more and spend more money,” Rwigamba said in December 2012.

She says that Rwanda will in 2013 have representatives in the two countries who will particularly be dealing with the markets there.

“We are targeting specialised tourism companies into these markets because they will be able to go and target tourists. We expect them to increase the number of tour operators as well,” Rwigamba further explained.

Russia and China are increasingly becoming sources of both high-end leisure tourists and also mass tourists because of the increasing wealth among their populations and also their thirsty to explore new destinations like Africa.

However, Rwigamba added that more efforts will continue to be invested in retaining and developing the existing markets such as the United States, United Kingdom, Belgium and Germany to continue boosting the number of high-spenders from these markets.

More specifically, Rwanda is focusing much on exploiting the Germany and UK tourism markets. Germany continues to be the big spender in Europe whereas UK has developed deep interest and connection with Rwanda which provides a huge potential for Rwanda’s tourism sector. But the number of tourists coming from the two countries to Rwanda is still small.

Currently, there are direct flights between Rwanda and some European countries such as Netherlands through KLM Royal Dutch Airlines, Belgium through Brussels Airlines and Turkey through the Turkish Airlines.

Rwigamba says that Rwanda will continue to take advantage of these airlines and some European tourists that have developed deep knowledge on the Rwandan tourism market offers as an outstanding advantage for the country to attract more European visitors.

Tourism continues to be Rwanda’s leading foreign exchange earner outpacing other export oriented sectors such as coffee, tea and mining in terms of revenue. This year alone, according to the National Export Strategy (NES), tourism revenue is expected to be US$261 million.

Visitors from member states of the East African Community (EAC) and Democratic Republic of Congo (DRC) rose 34% to 639,536 while international visitors rose 4% to 130,586.

However, visitors from what RDB calls key markets such as the U.S. UK. Belgium and Germany are still few in numbers but they are considered big spenders.

RDB’s statistics show that the number of Americans who visited Rwanda was higher than that of other individual countries considered as key markets.