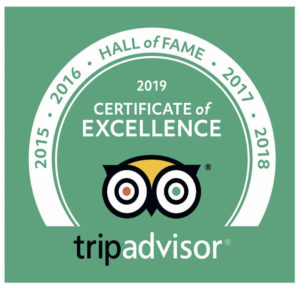 The 2 days/ 1 night wildlife safari is a short Uganda tour from Kampala to Lake Mburo National Park. The park is located only about 3.5 hours from Kampala by road and flights too can be arranged from Entebbe to Mbarara from where vehicles pick you. The short tour from Kampala is perfect for you who has very limited time but you want have a fully fledged Wildlife safari from Kampala or Entebbe. It is also the best tour from Kampala or Entebbe if you are having a business trip and would like a Uganda tour before your flight back home. The safari perfectly blends with weekend breaks from conferences as well and we ensure you are back for your flights or busy conference schedules. There is a variety of accommodation we offer but we make sure the safari is really that exciting short Uganda wildlife experience tour to fit within everyone's budget.

On your tour to Lake Mburo National Par, you shall encounter harbors many wildlife species hard to find elsewhere in Uganda like impala (from which Kampala city derives its name), the Burchell's zebra and the several antelope species like topi, bushbuck, common duiker, oribi, defassa waterbuck and reedbuck, while the lake and lush fringing vegetation support healthy populations of buffalo, warthog, bush-pig and hippopotamus. On your safari game drives, you should encounter more large buffalo herds mingling with the majestic eland. Many visitors to Lake Mburo have met the rear wetland sitatunga in the bushy swamps of Lake Mburo.

Only two diurnal primates occur in Lake Mburo: the vervet monkey and olive baboon. Nocturnal calls of the spotted hyena can be heard through the night. Leopard, side-striped jackal and various smaller predators are also present, most visibly the white-tailed mongoose and three otter species resident in the lakes.

Meet and greet with our local guide over breakfast, and then after we drive heading to south-western Uganda. You will have our Uganda safari guide meeting with you at your hotel or home to start the tour to Lake Mburo National Park. We normally aim at departing at 7 am on any given day but this can be stretched a bit depending on your schedule as well. We only have to mind that we have about 4 hours of driving to the park and we have to reach there before 6 pm.

En route, there is a local community popular for making local drums and crafts and a fruit market. Stopover, admire and buy yourself souvenirs.

Proceed to the Equator line taken as one beautiful scenery in Africa - the pathway of the sun and take photographs.

Early afternoon, arrive in Lake Mburo for a lunch in the park grounds as you marvel at the game and birds within the park. Take a game drive in the afternoon and look out for zebras, topis, buffalo, eland, impala, water hogs, waterbucks and more. We also attempt a boat trip on the Lake Mburo to see hippos, crocodiles and several acacia related birds.

Accommodation options available (all on full board basis)

Rise early for breakfast before a game drive towards the Lake Mburo Rwonyo Park headquarters. The morning time is reserved for game drives and safari in Lake Mburo National Park.

This has often been a good chance of seeing hyenas coming back to their dens, hippos walking back to the water. You will see buffalo, zebra, impala and topi and with a bit of luck maybe even a sitatunga, an antelope rarely seen living in the papyrus swamps.

After your early morning activities, return the lodge for checking out before embarking on your return journey to Kampala. On your way out of the park you will see most of the animal species occurring in Lake Mburo National Park.

We drive through a magnificent hilly country and lush cultivation on an approximately four-hour journey.

We will be in Kampala in the evening before for your flight back home.

The following are the approximate tour prices for the 2 Days Lake Mburo National Park Safari. Due to seasonal changes, these might go lower or higher slightly but you can always call or email to confirm. If you are certain you want to book the tour and then make adjustments later, you can send the email and make payment with your card.

Thanks for your message. We’ll be in touch soon.

The following are the approximate tour prices for the 2 Days Lake Mburo National Park Safari. Due to seasonal changes, these might go lower or higher slightly but you can always call 0772979425  or email to confirm. If you are certain you want to book the tour and then make adjustments later, you can send the email and make payment with your card.

Lake Mburo is believed to derive the name from a fable about two brothers, Kigarama and Mburo lived in the large valley that covers the park. It's believed that in a dream on one of those nights, it was revealed to Kigarama that they were in big trouble and when he shared the dream to his brother the next morning, he suggested that the two should shift but Mburo ignored the advice. Anyway, Kigarama moved on into the neighboring hills. Unfortunately for Mburo, in a few days, heavy downpours in the next few days led to fatal floods in the expansive valley, claiming his life and possession. It is also this flooding that led to the formation of the Lake Mburo, the big lake in the park that was named after him.

The park also has great sceneries starting from the rolling hills, the lush forests to the Savannah grasslands, and seasonal swamps to lakes. There are 5 lakes in the park whereby you can engage in sport fishing where you can catch a large tilapia and other fish species, also large numbers of hippos occupy the lakes. While in the park you might not miss out on seeing the leopards, hyenas, and side-striped jackals in the night. 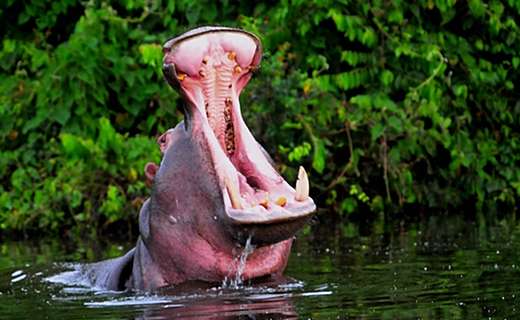 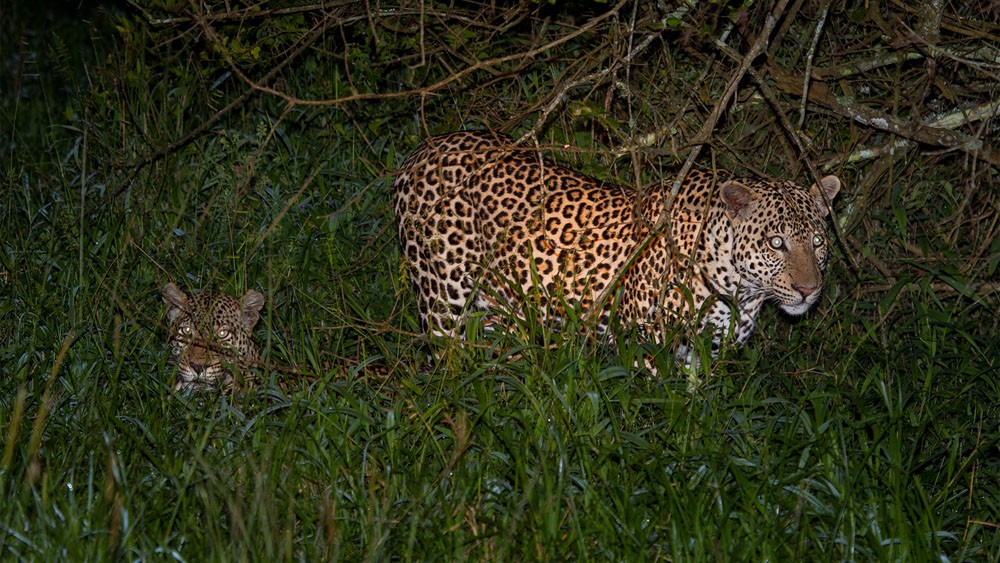 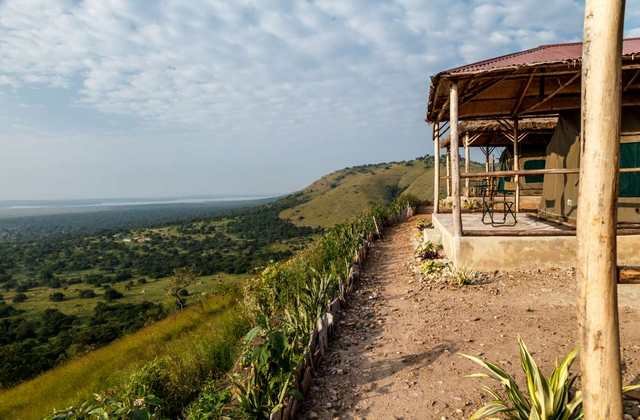 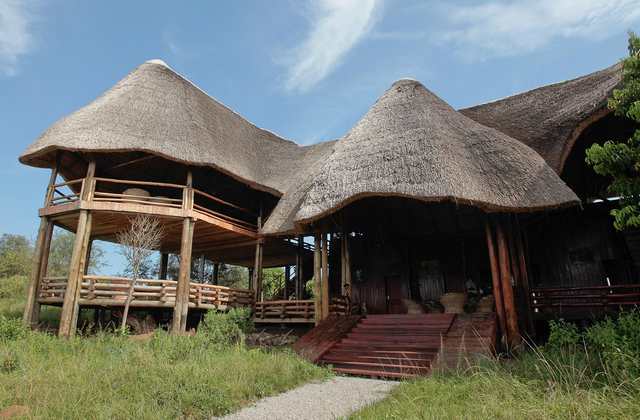 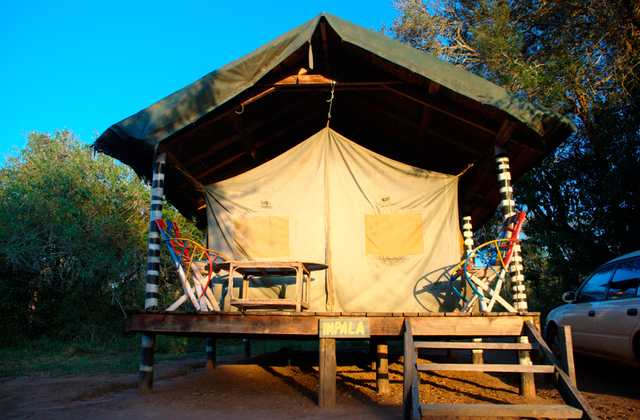 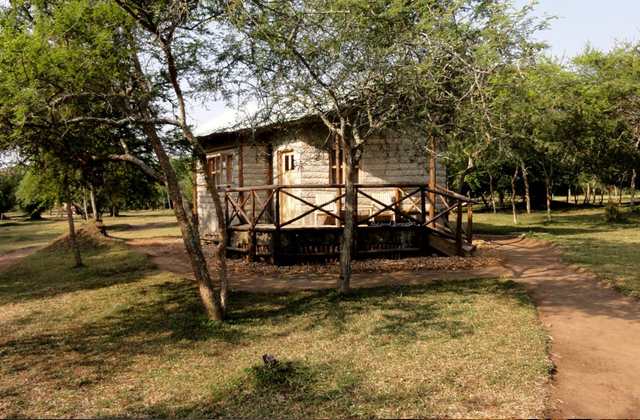