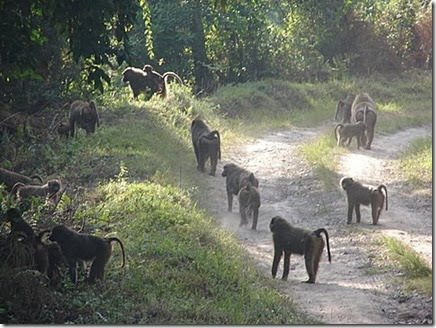 Fencing Uganda game Parks – Ministry of Tourism, Wildlife and Antiquities has embarked on fencing and digging trenches around the Murchison national parks.

Ministry of Tourism, Wildlife and Antiquities has embarked on fencing and digging trenches around the Murchison national parks to contain marauding animals. The affected districts include Nwoya, Amuru, Moyo.
Communities neighboring Murchison national park have for long accused Uganda Wildlife Authority-UWA and Ministry of Tourism of negligence and failure to control the animals.

However, the ministry says it has embarked on a comprehensive program to fence off the park to deter animals from crossing into the crop fields. George Owoyesigire, the Acting Principal Wildlife Officer says he has personally been monitoring the digging of trenches in the Murchison National Park and the success rate is between 70-80 percent.
He says with such high success rate, more trenches will be dug to deter the elephants from crossing to the gardens. Owoyesigire says apart from the trenches, the ministry is also experimenting with the mixture of red pepper, used oil, chain-link and constructing buffalo walls to tame the animals.
Owoyesigire however says the biggest challenge in Murchison is the high water table and rocky nature that prevents them from constructing the trenches. He says the ministry is devising other means to use where the soils collapse easily because of the high water table.