The World Wild Fund (WWF), under its Rwenzori Mountains Conservation and Environment Management Project, has devised several approaches to minimise degradation of the park. 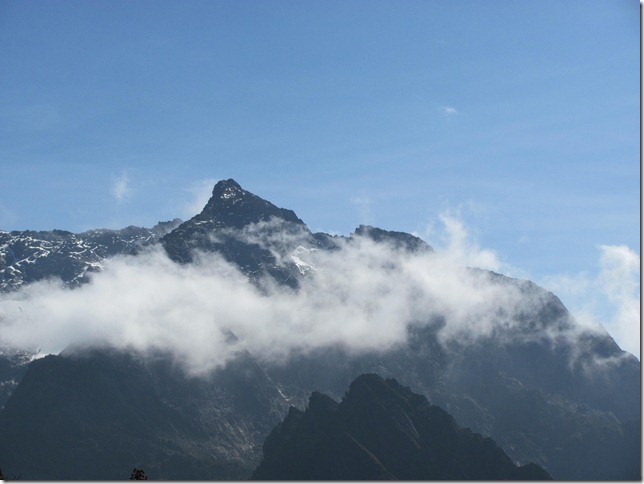 Mr David Duli, the country director WWF, an international conservation NGO, said the park is of great importance to the world because of its botany and beauty and therefore requires expertise to strengthen its conservation.

“We came up with the project in order to strengthen the conservation of the Rwenzori Mountains ecosystem and maintain its biodiversity and water catchment values in harmony with sustainable utilisation of resources for the benefit of Uganda and the international community” Mr Duli said. He noted that conservation efforts are helping the park to regenerate. The park covers the Rwenzori Mountain catchment area which, among others, includes Mubuku, Nyamwamba, Mpanga, Semliki rivers that flow from the mountain.

Rwenzori Mountains National Park is located in southwestern Uganda on the east side of the  Albertine rift valley. It is along the border with the Democratic Republic of the Congo (DRC), just above the equator. It is also a UNESCO World Heritage Site. It is situated in the Bundibugyo, Kabarole, and Kasese districts, 25 km from the small town of Kasese. The park has area of 996 km2, 70% of which is above 2,500 m.

The park comprises most of the centre and eastern half of the Rwenzori Mountains. The ice-capped Rwenzori Mountains are even higher than the Alps. Margherita Peak, one of Mount Stanley’s twin summits is Africa’s third highest peak at 5,109 m. Africa’s fourth and fifth highest peaks (Mount Speke and Mount Baker) are also located in the park. The park has glaciers, snowfields, waterfalls, and lakes and is one of Africa’s most beautiful mountain region.

Biodiversity is extraordinarily high with 17 regionally endemic birds and 12 regionally endemic mammals. The elephant, common chimpanzee and l’hoests monkey are globally threatened species (IUCN 1994b). The park is noted for its remarkable plants, which has been described as some of the most beautiful in the world (Riley, Laura; William Riley (2005). Nature’s Strongholds: The World’s Great Wildlife Reserves).

The broken montane forest dominated by Sybmphonia globulifera, Prunus, Yoshania alpina, Albizia spp. and Dombeya spp. occurs at about 2400 m. 199 tree species (18% of the country’s total) have so far been recorded in this zone . Next is the bamboo (Arundinaria alpina) forest up to an altitude of 3000 m, a heather zone dominated by giant heathers such as Phillpia trimera and small trees such as Hagenia and Rapanea, frequently over 10 m in height up to 3800 m, and afro-alpine moorland that ends at the snowline at 4400 m.
There are five distinct vegetation zones in the park, which change with altitude. Most significant are the giant heathers, groundsels, ericas and lobelias of the tree heath and alpine zones.

The park has 241 species of birds (27% of the country’s total), 78 species of butterfly, and four primate species.

The Kasese District natural resource officer, Mr Joseph Kitswera, said there has been a reduction in soil erosion and landslides. “Bare hills were restored which has reduced soil erosion, landslides and siltation in our rivers,” Mr Kitswera said.

He said conservation of the park will improve tourism in the Rwenzori region. More than a million trees have been planted on degraded hills in the Park covering more than 1,000 hectares of the protected area.

The Minister of Tourism, Ms Maria Mutagamba, who visited the park recently, said degradation in the parks is reducing.

“Much as the culture still remains, the problem has come down compared to the past when it was very rampant,” she said.

One hundred and two mammals species were recorded in the park. The Rwenzori duiker Cephalophus rubidus is found nowhere in the world and the Rwenzori otter shrew Micropotamogale rwenzorii is only known from here and Nyungwe National Park in Rwanda. The park has elephant, giant forest hog, sitatunga in small numbers and buffaloes, which had once disappeared, have re-appeared. Hyrax and leopard also occur in  the park as well as four species of diurnal primate: the common chimpanzee (curently estimated 500 indiviuals, Plumptre et al 2003a) found in the lower altitude forest areas, a sub-speceis of Agolan colobus (colobus angolensis ruwenzorii), the Rwenzori colobus, restricted to this park, L’Hoests monkey and the blue monkey

Because of its physical and biological values, the park was recognized as a World Heritage Site in 1994. Among rare reptiles, the strange-nosed chameleon Bradypodion xenorhinum is endemic to the Rwenzoris.