Lake Mburo National Park is a compact gem, located conveniently close to the highway that connects Kampala to the parks of western Uganda (about 4 hours driving from Kampala). It is the smallest of Uganda’s savannah national parks and underlain by ancient Precambrian metamorphic rocks which date back more than 500 million years. This 260km2 park’s precarious past has seen wildlife virtually eliminated several times: firstly in the various attempts to rid the region of tsetse flies, then to make way for ranches, and finally as a result of subsistence poaching. 20% of the park’s areas is a wetland.

The park’s varied habitants support 68 mammal species. Rarities include impala, which in Uganda only lives in Lake Mburo , and Burchell’s zebra and eland which are only found here and in Kidepo.
Other species include warthog, buffalo, oribi, Defessa waterbuck and reedbuck. Leopard and hyena are also present while the crocodile and over 300 hippos are found in the lake.
Previously extinct in the park, lions have been recently sighted. 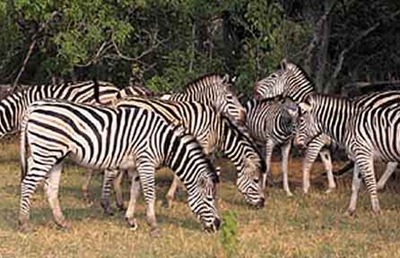 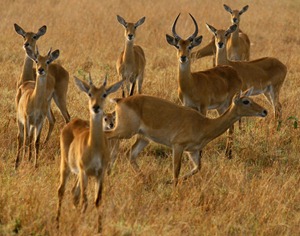 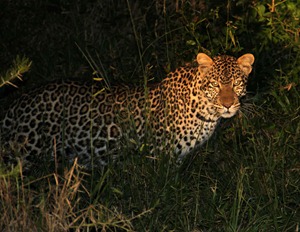 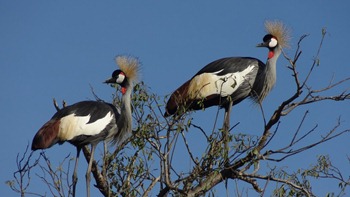 Acacia woodland bird species are especially well represented, while forest species may be found in rubanga Forest. These include Blue-breasted kingfisher, Hairly-breasted Barbet and Yellow-rumped tinkerbird, among others.

The best birding spots in Lake Mburo National Park are the swampy valley of Warukiri; the road between the camp and Rwonyo jetty; and the viewing platform which overlooks the salt lick. Rubanga forest can be visited on foot by prior arrangement with the warden – this is a real draw for keen birders. Rare species such as the African Finfoot and Red-faced Barbet –  only seen in Lake Mburo National Park – are two of the forest’s featured species.

3. The launch trip on Lake Mburo 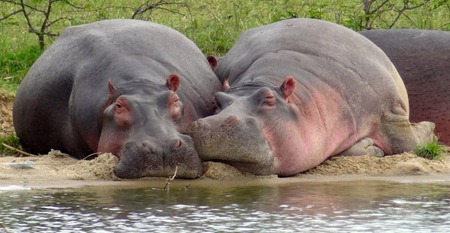 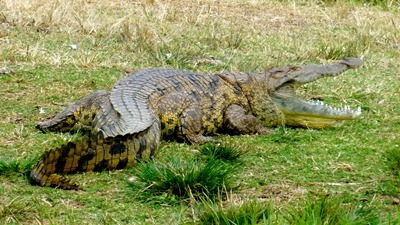 The wildlife-rich eastern banks of Lake Mburo can be explored during tranquil two-hour noat voyage. Keep an eye out for crocodiles, buffalo, and hippos as well as colorfull kingfishers, magnificent fish eagles, hammerkops and their enormous nests and even bizarre-looking shoebill.

Unusually, the whole park is open to walkers as long as they are accompanied by a ranger guide. At Rwonyo, a guided walk leads to the salt lick where many animals are attracted to the salty rocks. Walks on the western side of the lake and take two hours. At this time of the day, you may encounter hyenas returning to their dens and hippos retreating to the lakes.

Horseback safaris are an exciting way to view wildlife including elland and buffalo. Also commonly sighted are warthog, topi, impala, dukier, bushback, waterbuck and zebra. The four-hour hacks take visitors up to the hilltop viewpoints with the option of bush breakfasts or sundowners.

Lake Mburo contains around six species of fish, with tilapia being the the most common. The designated fishing spot is at Mazinga. Visitors planning to fish here should carry their own equipment and obtain a permit from Uganda Wildlife Authority.

Aside fro  the abundance of wildlife, the best thing about this little park is the peace by the lake. For the entire stay in the park, you will experience numerous uninterrupted sightings of wildlife and yet have the opportunity to relax by the calm lakes.