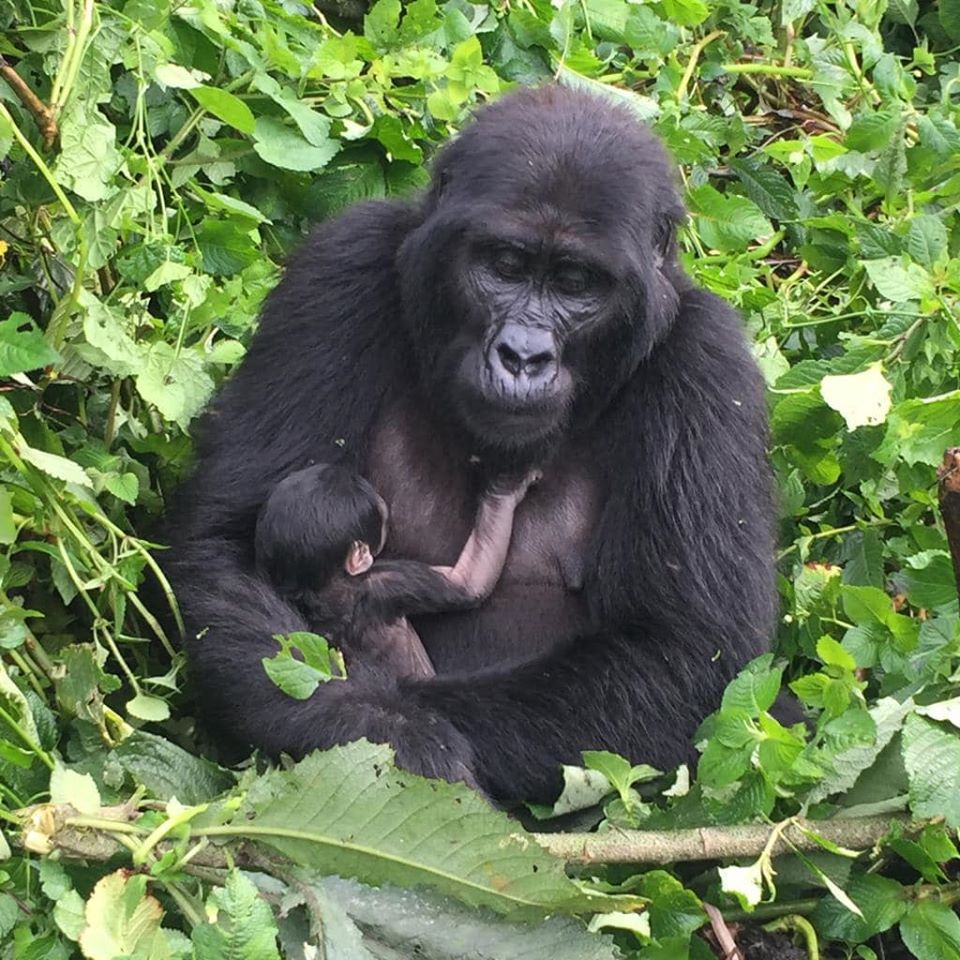 The total global population of mountain gorillas has risen to1063, according to census data released today by the Uganda Wildlife Authority today, December 16th, 2019. The number of mountain gorillas in Bwindi Impenetrable National Park has increased to 459 based on the 2018 count.

This is the fifth population count for this area, and the first to include Sarambwe Nature Reserve.

As in the previous mountain gorilla census conducted in the Virunga Massif, survey teams walked pre- determined “recces” (reconnaissance trails) ensuring a thorough coverage of all forest areas to sweep the Bwindi-Sarambwe and search for signs of gorillas, other key mammals, and human activities. When fresh gorilla signs were detected, the teams followed the gorilla trail to locate three recent night nest sites. At each of these nest sites, the teams collected fecal samples from nests. The process was completed twice; first from March to May 2018 (62 days) and second from October to December 2018 (60 days). A second sweep allows to find gorillas that were undetected during the first sweep and thus provides more reliable numbers of gorillas. Fecal samples were analyzed genetically to determine individual genotypes.

The survey teams also collected data on signs and sightings of select mammals, such as chimpanzee and elephants, and human activities, such as snares or tree cutting. While exercising caution due to the limitations of the study, there were no indications of declines in populations for the select mammals surveyed, including elephants, since 2011.

The survey was conducted by the Protected Area Authorities of Uganda and DRC (Uganda Wildlife Authority and l’Institut Congolais pour la Conservation de la Nature, respectively) under the framework of the Greater Virunga Transboundary Collaboration with support from Rwanda Development Board and many other partners and donors.

The greatest current threats to mountain gorillas are entanglement in hunting snares, disease transfer from humans, and habitat loss. The prospect of oil exploration in Democratic Republic of the Congo’s Virunga National Park by petroleum companies is also cause for concern.